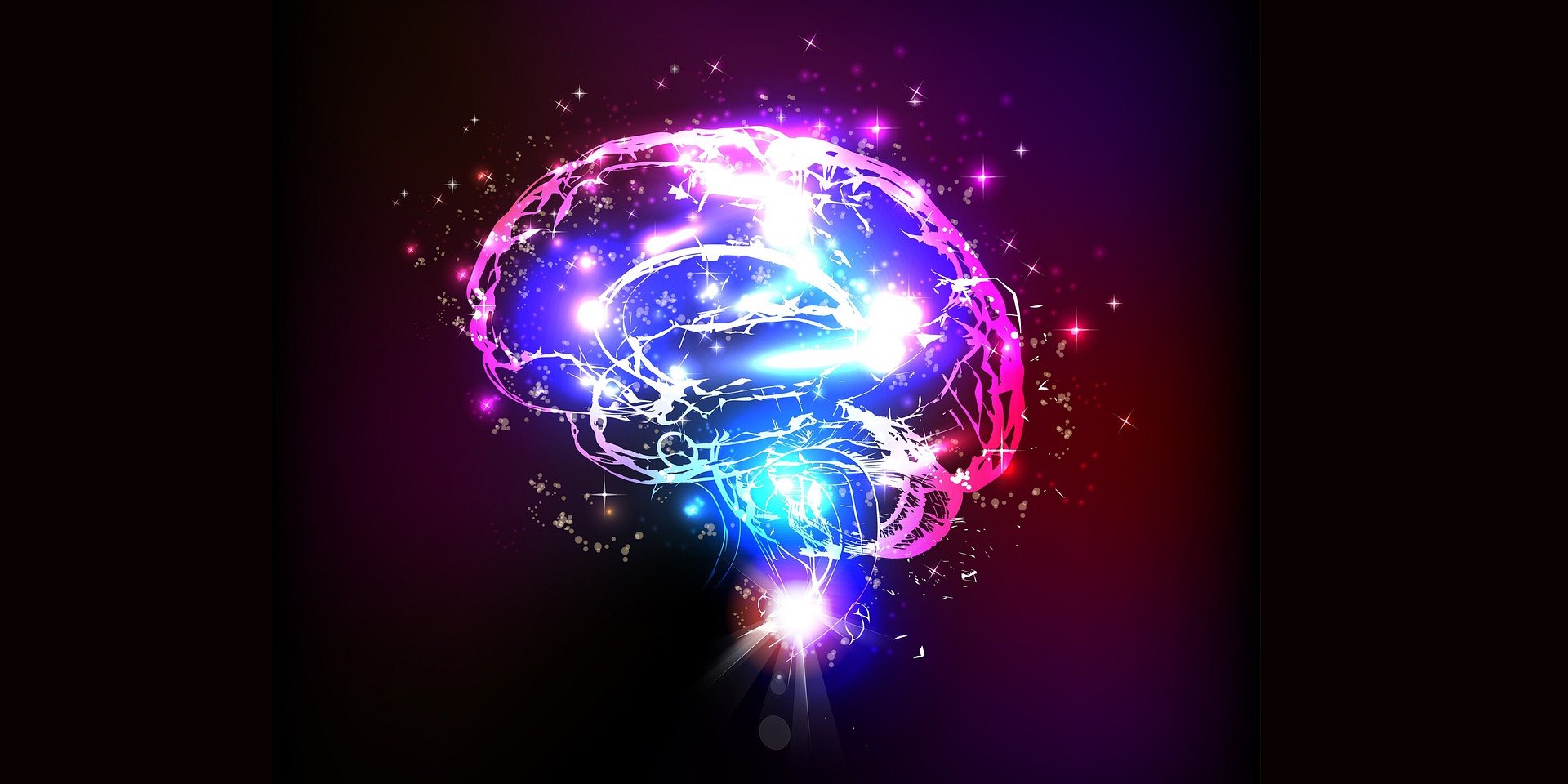 Are you a whiz at puzzles? Can you easily memorize information before tests and presentations? Do you cream your friends at Wordle, Sudoku, or the New York Times crossword?

If the answer to any of these questions is "yes," you might rightfully consider yourself an intelligent person.

However, there's a lot more to measuring intelligence than you may think. There are also benefits to understanding just how the concept of "intelligence" is defined, especially if you're looking to improve your memory, lengthen your attention span, or stop the cognitive decline of age.

Psychologists have argued that there are two distinct types of intelligence:

Fluid intelligence: the ability to think logically or creatively to solve problems

Crystallized intelligence: the ability to retain information through things like education and experience

You won't always see fluid and crystallized intelligence separated like this. For example, if you take an IQ test, it won't be split into "fluid" and "crystallized" sections. However, it will challenge you in both of these areas since both types of intelligence together are what make up our understanding of generalized intelligence.

Origins and History of Both Types

The idea of fluid vs crystallized intelligence comes from a psychologist named Raymond B. Cattell in the 1960s. He did extensive research into emotion, personality, temperament, learning ability, and cognitive ability, and his findings are still cited by professionals today.

You might be most familiar with his 16 Personality Factor Model that acts as the basis of the famous Myers-Briggs Type Indicator (MBTI).

Ever the scientist, Cattell broke down intelligence like so:

So, why do we distinguish them? If they're two parts that make up a whole, why not just focus on the whole?

For starters, many people are stronger in one type of intelligence than the other. If you can pinpoint whether you're a fluid thinker or an accumulator of crystallized knowledge, you can optimize your cognitive processes for work, school, and everyday life. It's a bit like identifying your learning style and catering to it.

There's also evidence to suggest that the two types of intelligence peak and decline at different stages of life, and that might mean that we'll learn more in the future about brain training and how to better harness it for our long-term potential.

We already know that things like nutrition and genetics can play a role in the development of the brain. What if some countries are also naturally better at fluid or crystallized knowledge? How can we know that? How can we mimic that?

What is Fluid Intelligence?

Fluid intelligence is based on the ability to think rationally or creatively in order to solve problems, recognize patterns, learn new things, or understand a situation abstractly. Cattell defined it as "the ability to perceive relationships independent of previous specific practice or instruction concerning those relationships.

To put it another way, fluid intelligence is not based on what you've already learned in the past. It's how you approach new, novel situations and how you figure out where to go from there.

Cattell called this "fluid" intelligence because it's a flexible type of thinking that can be directed at any kind of problem. Rather than judging how well you do on a test, it measures your reactions to the questions themselves and how you think, reason, and solve them.

Here are a few examples of fluid intelligence:

In real life, fluid intelligence is utilized when you solve a puzzle, assemble a piece of furniture, or read a map for a place that you've never visited before. The underlying assumption is that you're facing a new problem with no previous experience to help you figure it out.

There's evidence to suggest that fluid intelligence peaks early in life and declines as we get older. It used to be believed that cognitive skills peaked as early as your late 20s, but new research says that cognitive decline hits everyone differently, and some people don't feel it until their 30s or 40s.

However, this doesn't mean that you're doomed once you hit middle age! Another thing to know about fluid intelligence is that it can be trained like a muscle to be stronger. According to research from 2008, participants in a short-term memory study had increased levels of fluid intelligence after regular, consistent effort. Those who participated in the study for 19 days had much better results than those who only participated in 8, 12, or 17 days.

What does this mean for you? Simply put, if you want to improve your fluid intelligence, it'll require self-discipline. You'll need to focus on building cognitive skills related to things like memory, attention, logic, and creative problem solving, and you'll need to do it consistently.

The good news is that there are plenty of "brain training" apps, games, and puzzles out there that can make it fun to boost your fluid intelligence.

What is Crystallized Intelligence?

Crystallized intelligence is based on the ability to accumulate knowledge. This knowledge can come from school, work, study, or everyday life. Crystallized knowledge relates to how well you can retain information as well as how successfully you can apply it to a relevant problem.

Cattell named it crystallized intelligence because he thought of it as "invested in the particular areas of crystallized skills which can be upset individually without affecting the others." Simply put, you can forget what you learned in algebra class without forgetting how to add numbers in general. Likewise, neither of these skills will impact your ability to speak Spanish. Each bit of knowledge has its own place in your memory like the different facets of a crystal.

Here are a few examples of crystallized intelligence:

In real life, crystallized intelligence is used when you study for tests, speak foreign languages, play trivia games, or perform home repairs that you learned from your dad. It draws on any kinds of skills or memories that you've collected from previous experience.

Crystallized intelligence is one of the most commonly tested methods of intelligence: You've experienced it any time that you've sat for an exam. However, it should be noted that IQ tests are the exception to this rule. While it's true that the IQ scale measures your intelligence with a single, exam-like number as the final result, the test itself isn't just quizzing you on what you learned in school. It uses everything from logic puzzles to spatial and sequential reasoning to determine how effective your brain is at solving problems.

Another piece of good news is that crystallized intelligence doesn't decline until your twilight years. It can rise or stay steady well into your 60s or 70s, especially if you make an effort to keep your mind sharp. This might be why dementia patients can slow their rate of cognitive degeneration with regular crossword puzzles: They're exercising their crystallized intelligence like a muscle, delaying the inevitable atrophy of age.

How They Are Measured

If you're interested in the history of IQ tests, here are the names to know:

Alfred Binet: Considered the "father" of IQ tests, Binet was a psychologist who came up with the first real standardized intelligence test. He did it after education become compulsory for all children in France; he wanted to help schools determine the right grade levels for all of their students

Lewis Terman: A psychologist at Standard University, Terman improved Binet's original test and created what's known as the Stanford–Binet Intelligence Scales. It's still in use today and is on its fifth edition.

David Wechsler: Wechsler was a psychologist dissatisfied with the Stanford-Binet. He created some of the first IQ tests that also measured non-intellectual factors such as perceptual reasoning, processing speed, and working memory index. His two intelligence scales, the Wechsler Adult Intelligence Scale (WAIS) and the Wechsler Intelligence Scale for Children (WISC), have become standard in many parts of the world.

Want to know your own IQ?

How They Work Together

There are also many cognitive processes that can overlap in a way that requires you to utilize multiple areas of the brain at once. Memory is a good example: While long-term knowledge retention falls under the umbrella of crystallized intelligence, short-term memory can be part of flexible or creative problem solving that's within the realm of fluid intelligence.

It's also worth remembering that both fluid intelligence and crystallized intelligence comprise our concept of generalized intelligence. You can't and don't want to have one without the other. Remember Raymond B. Cattell, and remember his formula of Gf + Gc = G.

There's still a lot that we don't know about the human mind, including how intelligence works. However, it's become abundantly clear that there are multiple types of intelligence working away beneath our brows. Fluid and crystallized intelligence are two of them. Who knows what we might discover next?